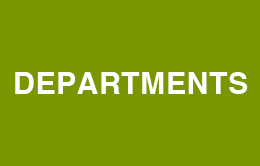 A global Atmosphere Watch from Mt.fuji 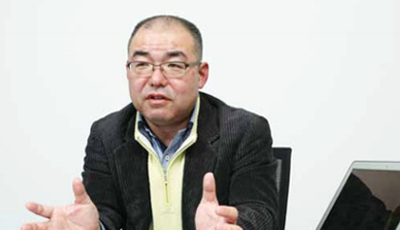 Because it is an isolated peak and the summit is located in the free troposphere, Mt. Fuji can be used to as a watch tower to study the intercontinental transport of air pollutants in the Northern Hemisphere and gas-aerosol-cloud interactions.

During the four-year period from 2005 to 2008, we simultaneously observed volatile organic compounds (VOCs), which can harm humans and form ozone and secondary particles, in atmospheric water (cloud, dew, and rain) and in the ambient air at the summit (3776 m above sea level) and on the slopes (1300 m a.s.l.) of Mt. Fuji during summer. We also identified acidic substances and polycyclic aromatic hydrocarbons (PAHs). Results indicate that toluene occurs abundantly among the 26 determined VOCs, chlorinated hydrocarbons and monocyclic and dicyclic aromatic hydrocarbons in atmospheric water as well as in ambient air. We learned that cloud water, both at the summit and on the slopes, contains higher levels of VOCs than would be expected from ambient gas-phase concentrations and temperature-corrected Henry’s law constants. The enrichment of VOCs in cloud water is probably due to the presence of humic-like substances (HULIS), which are atmospheric macromolecular organic compounds with properties similar to humic substances in the hydrosphere and lithosphere. We have already reported elevated VOC levels in urban and suburban dew and rainwater. To our knowledge, this is the first study to point to the link between VOCs and HULIS in cloud water in the free troposphere.

My research area is environmental chemistry, which seeks to clarify the sources, reactions, transport, effects, and fates of chemical species in the hydrosphere, lithosphere, atmosphere, and biosphere. I focus in particular on the water cycle – atmospheric chemistry links. The Earth’s atmosphere is composed of gases, aerosols, and cloud droplets, so it’s very important to understand the physics and chemistry of interactions in the gas-aerosol-cloud system. Accumulations of organic compounds like HULIS in tropospheric aerosols, which have attracted much attention in recent years, can reduce the surface tension of cloud droplets, reducing droplet size, increasing the number of droplets in clouds, and increasing the reflection of incoming solar radiation. It can also extend cloud lifetimes and reduce the rate of precipitation. Mt. Fuji is ideal for continuous observations of gas-aerosol-cloud interactions in the middle/upper troposphere.
I also study the effects of acid deposition on forested ecosystems in mountain and suburban areas and the decomposition of toxic organic pollutants in water and air through newly photo-Fenton reaction systems, using goethite as a source of Fe(II) and humic substances as a source of hydrogen peroxide.