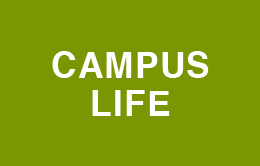 Seeks to provide greater convenience and affluence through his own inventions.

Q Tell us what sort of research you are undertaking at present.

I am developing a user interface that uses the degree of eye opening as input. Using the camera of a smartphone, I am trying to make it possible to operate the phone according to the degree of opening of the eyes, rather than using the fingers. Since putting such software on a smartphone is somewhat difficult, I am developing concept software that can be used on computers to allow screens such as maps to be enlarged or reduced.
This research is being supported by a national institution, and I have to put on a prototype demonstration at the “Robotics x Future2016” event this coming March 18. So now I am working on this at a fever pitch.

Q What sort of financial support are you receiving?

My project was selected as a “technology seeds selective training project (robotics)” under the 2015 “Program For Creating STart-ups from Advanced Research and Technology (START)” under the auspices of the National Research and Development Agency’s Japan Science and Technology Agency. START is a program that supports the development of new industries from universities, and my project was selected as a technology that is particularly likely to develop on a large scale in the future.

Q What triggered your undertaking this research?

I wanted to try using something like this myself! While it’s almost always possible to view a smartphone screen on a crowded train, sometimes it’s just too crowded to control it with your fingers. I thought that in such circumstances it would be great if operation could be controlled by opening and closing the eyes.
The concept has its roots in experiences I had working as an intern at OryLab Inc., and from participating in a program called “Silicon Valley Venture Readiness.”
At OryLaboratory, Mr. Kentaro Yoshifuji is building robots that can be remotely controlled to serve as personal avatars. These robots are equipped with cameras, microphones, and speakers, are capable of head movement to “look” at their surroundings, and can move their arms to gesture. They are expected to be of benefit to people who are suffering from intractable diseases, such as ALS.
On the other hand, Silicon Valley Venture Readiness (SVVR) is a joint program of the New Energy and Industrial Technology Development Organization (NEDO) and SRI International (a global offshoot of Stanford Research Institute) which helps grow technological seeds into businesses.
Just before entering my junior year, I participated in this program along with Mineo Watanabe, who is about 10 years my senior. We gave a well-received presentation entitled “Using Image Recognition to Improve the User Experience,” and were one of just three teams that won two weeks of training in Silicon Valley. This training covered subjects related to business as well as the technology of image recognition.

Q Please tell us what you want to do in the future.

Having watched OryLab pursuing its dreams and learned something about product commercialization at SVVR, I would like to start up my own business.
However, my technical skills in research and development are not yet adequate. I feel that I am particularly lacking in academic qualifications. The numbers that back up technology are a particularly important element to that technology’s trustworthiness.

Q What do you see as the merits of Waseda?

I have many juniors and seniors at Waseda, where there is a wealth of talent in many fields. I would also say that the school is blessed in terms of educators and facilities. From the perspective of business, Waseda also conducts entrepreneurial seminars, such as at its Incubation Center. So people who have goals they’d like to achieve are sure to find support if they are self-starters who are capable of moving ahead under their own power. As for myself, the people who helped raise me to this point, such as Mr. Yoshifuji of OryLab and Mr. Mineo Watanabe, are all Waseda people.
I imagine there are also people who do not yet have a clear idea about what they would like to do. I think it’s fine for such people to be vague in that regard, as long as they keep relating their interests to the people around them. If they do so, they will find the people around them pulling them on.